Susan Seddon-Boulet is an inspiring artist that we at Mystic Mix absolutely cannot get enough of. The authentic magic found in each of her pieces quietly paralyzes any viewer’s gaze into a bewildered trance.

Working mostly in the medium of French oil pastels, inks, and pencil, Susan Boulet has the incredible talent of capturing both fantastical and spiritual subjects. Her specific method of layering color, which produces ghost-like silhouettes and images, in a way, represents the same layered symbolism that each of her subjects themselves possess. Susan’s work is extremely spiritual. With each stroke of the brush you can see the strong connection between her soul, heart and passion. 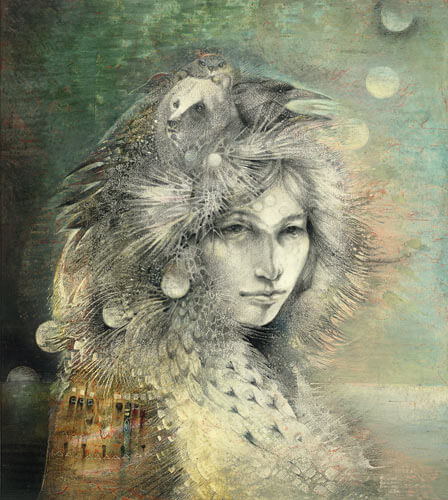 Born in 1941 and raised in Brazil by English immigrants, Susan enjoyed life on a large citrus farm. Her father, Eric Seddon, encouraged Susan from a young age to engage with nature through drawing. It is said that Susan’s love of fantasy was cultivated by her father’s stories of fairy tales and fantasy.

As a deeply religious woman, Susan contemplated becoming a nun. Her father being very opposed to the idea sent her to a finishing school in Switzerland. It was in Switzerland, where Susan began her formal training as an artist.

In 1967 Susan moved to the United States for work, but found herself meeting and marrying Larry Boulet. It was Larry that saw Susan’s inspiring talent and encouraged her to paint professionally. Susan and Larry juggled their family life (they had one son named Eric), Larry’s schooling at the University of Berkeley, and managing Susan’s art. For years, the couple would sell Susan’s work every Saturday at a local park in Oakland, California.

Unfortunately cancer took the life of Larry in 1980, and Susan was left as a single-parent and struggling artist. Though her husband’s death was painful, Susan managed to succeed as an artist, and her work continued to evolve.

Her early pieces were comprised of fantastical images with bright and bold colors, but later developed into paintings of anthropomorphic images of animals, Shamans and Goddesses. 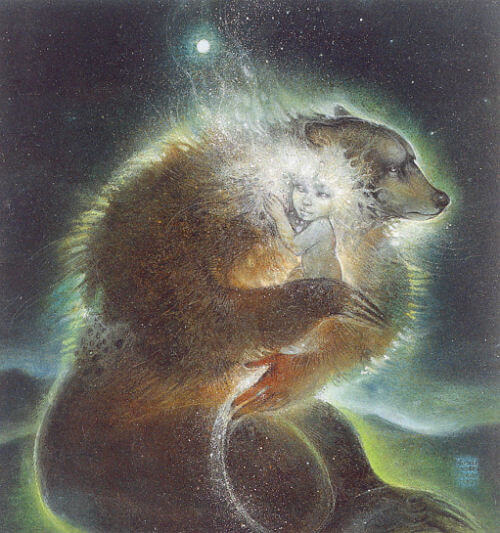 Susan passed away in 1997, but her legacy lives on. Today she is considered to be one of the founders of the visionary art movement in the United States. Each of her pieces possess its own individuality and character that captures the viewer and opens the door to personal enlightenment.

We love Susan Seddon-Boulet for her work’s honesty, expression, passion and light. 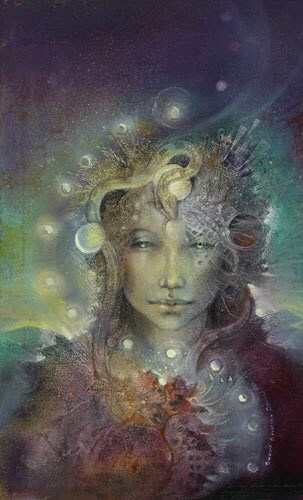 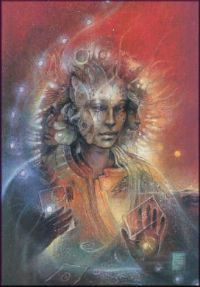 To learn about Body, Mind and Spirit visit our Articles page, where you’ll find teachings on wellness.

As the CEO of Mystic Mix, Candace hopes to bring new insight to what it means to be a Spirit having a human experience, approaching health and wellness from a Multidimensional approach.