Commentary on the Card: The central figure in this card sits atop the vast flower of the void, and holds the symbols of transformation–the sword that cuts through illusion, the snake that rejuvenates itself by shedding its skin, the broken chain of limitations, and the yin/yang symbol of transcending duality. One of its hands rests on its lap, open and receptive. The other reaches down to touch the mouth of a sleeping face, symbolizing the silence that comes when we are at rest.

This is a time for a deep let-go. Allow any pain, sorrow, or difficulty just to be there, accepting its “facticity”. It is very much like the experience of Gautam Buddha when, after years of seeking, he finally gave up knowing there was nothing more that he could do. That very night, he became enlightened. Transformation comes, like death, in its own time. And, like death, it takes you from one dimension into another. 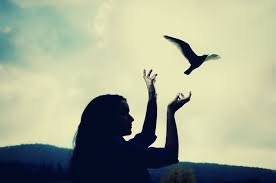 Meaning of the Card: A master in Zen is not simply a teacher. In all the religions there are only teachers. They teach you about subjects which you don’t know, and they ask you to believe, because there is no way to bring those experiences into objective reality. Neither has the teacher known them–he has believed them; he transfers his belief to somebody else.

Zen is not a believer’s world. It is not for the faithful ones; it is for those daring souls who can drop all belief, unbelief, doubt, reason, mind, and simply enter into their 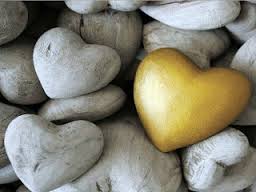 pure existence without boundaries. But it brings a tremendous transformation. Hence, let me say that while others are involved in philosophies, Zen is involved in metamorphosis, in a transformation. It is authentic alchemy: it changes you from base metal into gold.

But its language has to be understood, not with your reasoning and intellectual mind but with your loving heart. Or even just listening, not bothering whether it is true or not. And a moment comes suddenly that you see it, which has been eluding you your whole life. Suddenly, what Gautam Buddha called ‘eighty-four thousand doors’ open.