Meaning of the Card: What meditation does slowly, slowly, a good shout of the master, unexpectedly, in the situation where the disciple was asking some question, and the master jumps and shouts, or hits him, or throws him out of the door, or jumps over him….

These methods were never known. It was purely the very creative genius of Ma Tzu, and he made many people enlightened. Sometimes it looks so hilarious: he threw a man from the window, from a two-storey house, and the man had come to ask on what to meditate.

And Ma Tzu not only threw him, he jumped after him, fell on him, sat on his chest, and he said, “Got it?!” And the poor fellow said, “Yes”–because if you say “No,” he may beat you or do something else. It is enough–his body is fractured, and Ma Tzu, sitting on his chest, says, “Got it?!” And in fact he got it, because it was so sudden, out of the blue–he could never have conceived it. 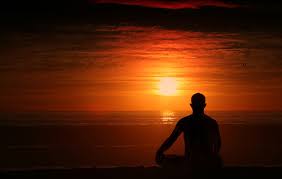 Commentary on the Card: The card shows a tower being burned, destroyed, blown apart. A man and a woman are leaping from it not because they want to, but because they have no choice. In the background is a transparent, meditating figure representing the witnessing consciousness.

You might be feeling pretty shaky right now, as if the earth is rocking beneath your feet. Your sense of security is being challenged, and the natural tendency is to try to hold on to whatever you can. 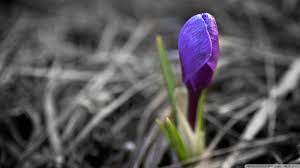 But this inner earthquake is both necessary and tremendously important–if you allow it, you will emerge from the wreckage stronger and more available for new experiences. After the fire, the earth is replenished; after the storm the air is clear. Try to watch the destruction with detachment, almost as if it were happening to somebody else. Say yes to the process by meeting it halfway.