Osho Zen Tarot Card of the Week – The Creator 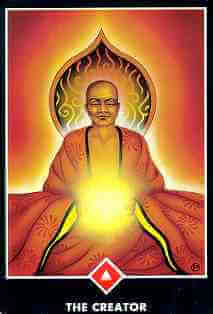 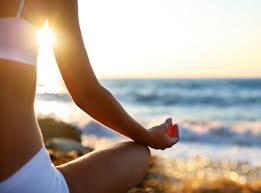 ommentary on the Card: The Zen master in this card has harnessed the energy of fire and is able to use it for creation rather than destruction. He invites us to recognize and participate with him in the understanding that belongs to those who have mastered the fires of passion, without repressing them or allowing them to get destructive and out of balance.

He is so integrated that there is no longer any difference between who he is inside and who he is in the world outside. He offers this gift of understanding and integration to all those who come to him, the gift of creative light that comes from the center of his being.

The King of Fire tells us that anything that we undertake now, with the understanding that comes from maturity, will bring enrichment to our own lives and to the lives of others. Using whatever skills you have, whatever you have learned from your own life experience, it is time to express yourself.