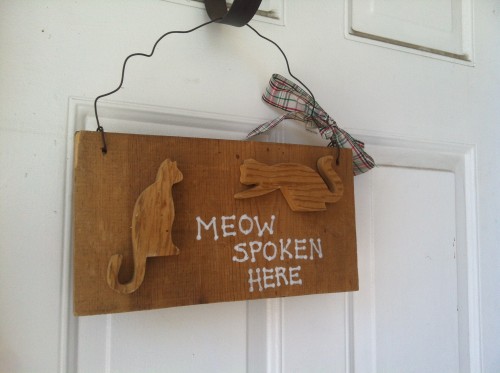 Mercury Retrograde in Cancer and Gemini is on the cosmic stage for June 2014. We entered the “shadow” period on May 22, and I’m already noticing the effects, having technical difficulties on the internet as well as a couple of friends who have had things stolen.

“Dogs and cats are not French, and will therefore not mock, but welcome your attempts to speak to them in Woof and Meow.” ~Making the Gods Work For You: the Astrological Language of the Psyche, Caroline W. Casey

Mercury goes retrograde three or four times a year for about three weeks each time. June’s retrograde begins on the 7th and lasts until July 1st. There is also a two week window on either side where we may still experience this energy to a lesser degree.

The planet Mercury represents the way we perceive reality, process and communicate our experience. Our culture primarily operates from the value of a left-brained, logical and linear process. Retrograde periods are an opportunity to spend time in the right-brain, accessing our emotional and intuitive thinking, a “time-out-of-time” when we have support and permission to slow down and be more reflective.

Myths are stories created by people who made sense of their experience on earth by observing its relationship with celestial movements and timings. The Roman god Mercury, known as Hermes to the Greeks, is depicted wearing sandals with wings. From an observational standpoint, because Mercury is the closest planet to the Sun, it circles it faster than all the other planets. Also, being so close to the Sun makes it more difficult to observe and is only visible for about two hours during twilight, before the Sun rises or after it sets.

Mercury was known as the messenger to the gods because the ancients noted his cycles connected with the Sun and his meetings with Venus and Mars. He would disappear frequently out of site, forming the bases of his role as a traveler to the other worlds, the only god allowed to move freely between heaven, earth and the underworld.

The Messenger, The Magician, The Trickster, The Psychopomp, The Thief, The Divine Fool, The Shapeshifter, The Wandering Minstrel and Storyteller, The Muse, The Entertainer

Mercury in Cancer operates out of the right-brain feeling function and has the ability to perceive its environment with great sensitivity, be in the moment and merge with another person. Astrologer Caroline Casey says this Mercury lives in the realm of watery introspection, and retains a childlike curiosity. The goal of language is enhanced empathy.

So we be begin this retrograde period in a sign already connected with the right-brain, encouraging us to connect at a deeper level with our feelings. Who and what are we nurturing? Perhaps we need to nurture ourselves more. We may be going over feelings from the past related to significant relationships, family, friends, our tribe or issues related to security and safety. Where and what is home to us? Is it time to sow the seeds in our heart of a new dream we can commit to?

From water to air, Mercury will backtrack into Gemini on the 17th. In Gemini, he operates from the left-brain thinking function. It’s Mercury on steroids. He loves gathering information and networking. Casey says this Mercury is sparkling, fast and glib, learning primarily from conversation with others. People with this natal position are reporters of ideas. They think about thinking, they think about plans.

In retrograde, Mercury is taking it down a notch. A wonderful way to participate with Mr. Quicksilver this month is to take a chill pill, put on a Zen hat and shapeshift into calming and emptying your mind of distractions. A sabbatical from rational thinking and problem solving. A break from the burden of constantly trying to figure “it” out, inviting your mind to experience itself as something else. Something that brings peace and freedom. My Mystic Mix teammate, Laura Durrant, has a great post this week from the Osho Zen Tarot Deck on Letting Go, which you can find here.

If you’re hip to Mercury Retrograde cycles, you’ve already heard the usual. Expect delays, disruptions and lack of clarity in communications and travel. Don’t buy big ticket items, especially those that are Mercury-ruled like cars or computers. Hold off on signing important contracts if you can, and if you can’t, be sure to read the fine print. There will often be the need to re-do after Mercury goes direct. Don’t launch a new business. It’s a good time to re-evaluate things you have previously put into motion or dream into something you want to create.

And do watch out for theft!!! Don’t leave anything of potential value in your car. If you’d like some great Feng Shui items to mitigate potential challenges of Mercury Retrograde, visit my dear friend Gwynne Warner’s boutique at 10,000 Blessings Feng Shui.

Lastly, check out this entertaining video, “Monkey Man,” written and performed by my longtime friend Pam, aka “Robin Diamondz,” with Mercury, Sun and Moon in Gemini. Notice the play on words connected to the The Thief! LOL – Pure silliness!!!

Holly Alexander, MC, has passionately studied psychology, spirituality and the occult mysteries for over thirty years.